The theme of International Youth Day 2020 is youth engagement for global action. This year, we’re celebrating the work that young people have done to enrich and improve political institutions and processes on a local, national, and global level. Youth engagement is vital because it helps to “increase the fairness of political processes by reducing democratic deficits, contributes to better and more sustainable policies, and also has symbolic importance that can further contribute to restoring trust in public institutions, especially among youth” (source).

Young people are more aware than ever before of the issues affecting the world around them. They’re also better connected with likeminded peers and can access the tools they need to make the change they want to see. But sometimes, after being met with red tape and brick walls, it’s difficult to believe that you can make a difference. That’s why it’s so important for young people to see others like them engaging in tangible action and getting results. 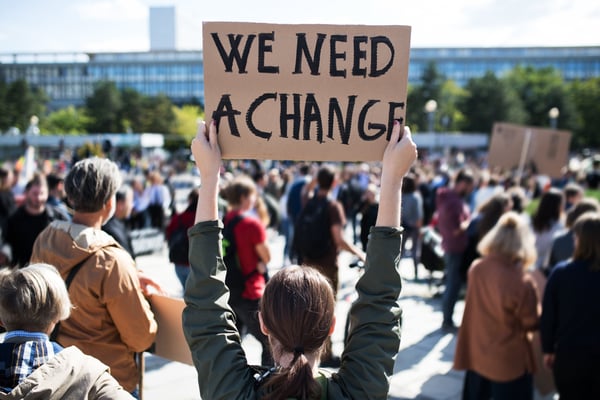 The Boclips library features thousands of videos including documentary shorts, inspirational talks, and the latest news and current affairs. Whether you’re a courseware creator looking for engaging visual material to add context to your online offering, or a teacher who wants to include captivating videos in your lessons, you’ll find resources to meet your needs. Read on to find discover our top 5 videos on youth action.

Malala Yousafzai is perhaps one of the most well-known youth education activists in the world today. Despite being targeted by the Taliban, Malala has worked tirelessly to advocate for educational equality for girls and became the youngest winner of the Nobel Peace Prize in 2014. This video from MakeMatic discusses her work and the way in which she represents critical thinking, an important skill for young activists.

Another well-known activist, Greta Thunberg, has spearheaded the youth movement for environmental action in recent years. In this interview, Greta talks about what motivated her to start campaigning against climate change, why she thinks more young people are getting involved, and how anybody can make a difference.

Activism comes in many different forms and having the courage to be who you are is an important act in itself. This is the second in a series of four videos about Kai, a transgender boy, and his experience transitioning through his late childhood and teens. Kai didn’t learn about trans issues when he was growing up and he didn’t know of anyone like him, so he thinks that it’s important to share his story with others.

This video from social studies teacher, Mr Beat, discusses an important group of activists from the past. In 1965, the Tinker family wore armbands to school to protest the Vietnam war which sparked a court case concerning students’ first amendment rights. This was an important milestone for youth activism in schools and is still relevant for many student protests that take place today.

5- Youth in Action: Hayley and the Marine Champions by EarthEcho

Many young people are passionate about protecting the environment in which they live and Hayley is one of them. She founded the Marine Champions Programme to educate young people about what makes a successful campaign and then empower them to take hands-on action for the environment.

You’ll find more inspirational stories like these in the Boclips library: copyright-cleared, expertly curated, and ready to use in your learning materials. Whether you’re looking for resources for your school or courseware, we’d love to talk to you about making learning captivating with video.

Suzanna is a marketing specialist at Boclips. As a former languages teacher, she is passionate about quality, accessible educational resources.

Bringing Extra and Co-curricular Subjects to the Virtual Classroom